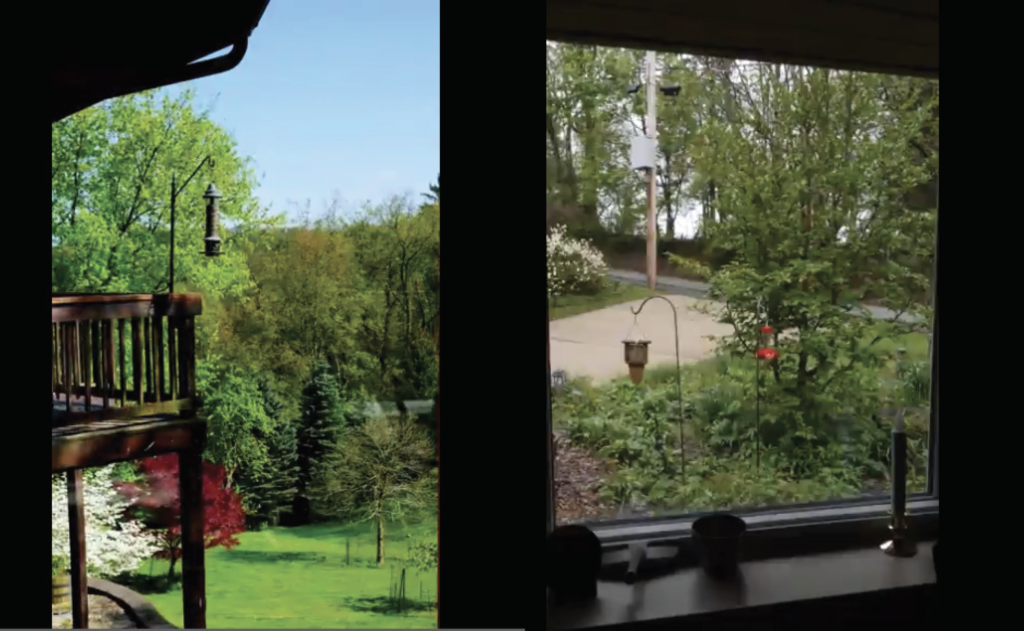 Windows is part of LOOKING, an on-going series at the Miller Institute for Contemporary Art, which features Pittsburgh artists’ work through their respective windows while sheltering in place. Buba’s work is an obsession with the coronavirus because of his age. “The thought of dying before finishing another Braddock film and a film about my family is frightening. Why, I am not sure.”

“I have been obsessed with the coronavirus outbreak. Some of the obsession is because of my age. I am 76 and I will be 77 in October. People in my age group have extraordinarily little chance of survival even without having been subjected to breathing the polluted Mon Valley air their whole life. The thought of dying before finishing another Braddock film and a film about my family is frightening. Why, I am not sure. The formula for the pieces are: each one is 4490 frames which is the amount of death in Pennsylvania when I finished the three pieces. ” – Tony Buba

Tony Buba has been producing documentaries since 1972. Buba received his M.F.A from Ohio University in 1976. Tony’s films have been screened at Sundance, Toronto, Berlin, Black Maria, Athens, and other major international film festivals. He has had exhibitions at more than 100 universities and museums, including The Museum of Modern Art, Whitney Museum of American Art, Museum Ludwig-Cologne, Anthology Film Archives, and Pacific Film Archives. Some of Tony’s awards include fellowships from the NEA, AFI, Rockefeller and Guggenheim Foundations, The Alfred I. duPont Columbia University Award as well as grants from the Pennsylvania Council on the Arts. His most recent feature documentary Ghosts of Amistad aired on PBS, and in 2015 was awarded the John E. O’Connor Film Award from the American Historical Association. Tony’s 1988 film Lightning Over Braddock was named in the Oct. 14, 2020 edition of the New Yorker magazine as one of the 62 most influential documentaries ever made.