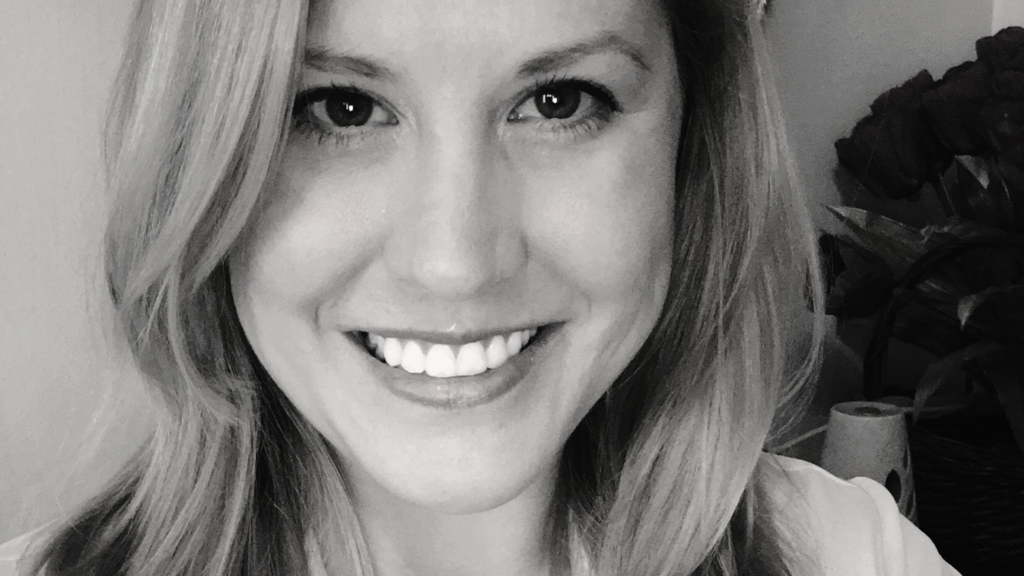 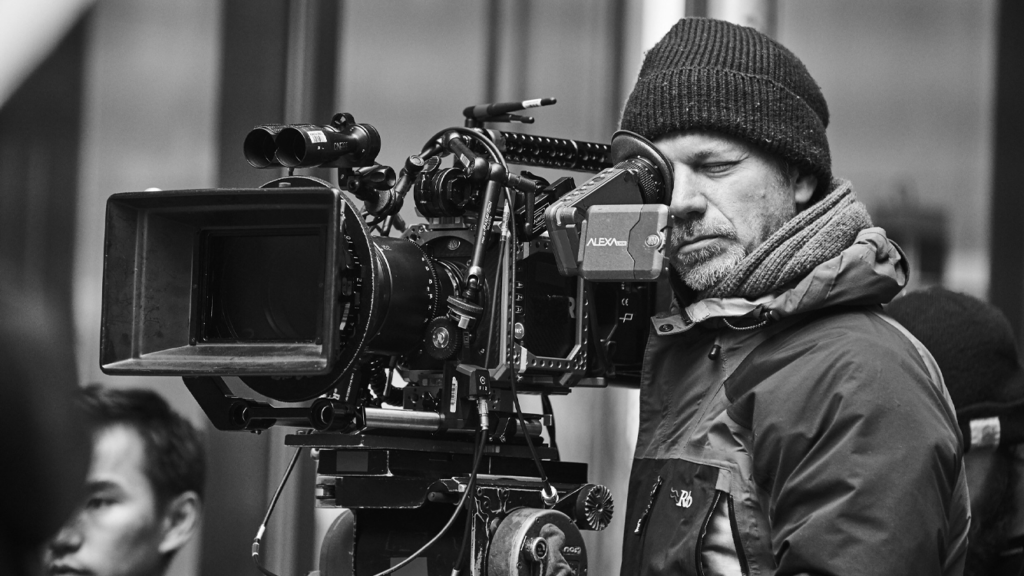 Leland Krane is a New York based Local 600 ICG Director of Photography with over 20 years of experience in film and television. His television credits include “The Americans”, “Bull”, “Luke Cage”, “Iron Fist”, and “High Maintenance” along with programming for History, Discovery, Investigation Discovery, and Comedy Central, plus a variety of promos and commercials for the U.S. and Europe. Leland has worked on over a dozen feature films and numerous short, spots and music videos which he at times directs and shoots, and his work has been recognized by American Cinematographer, Indiewire, and the Wall Street Journal. Leland teaches workshops both virtual and live at the Maine Media Workshops and through Abelcine. Learn more at lelandkrane.com 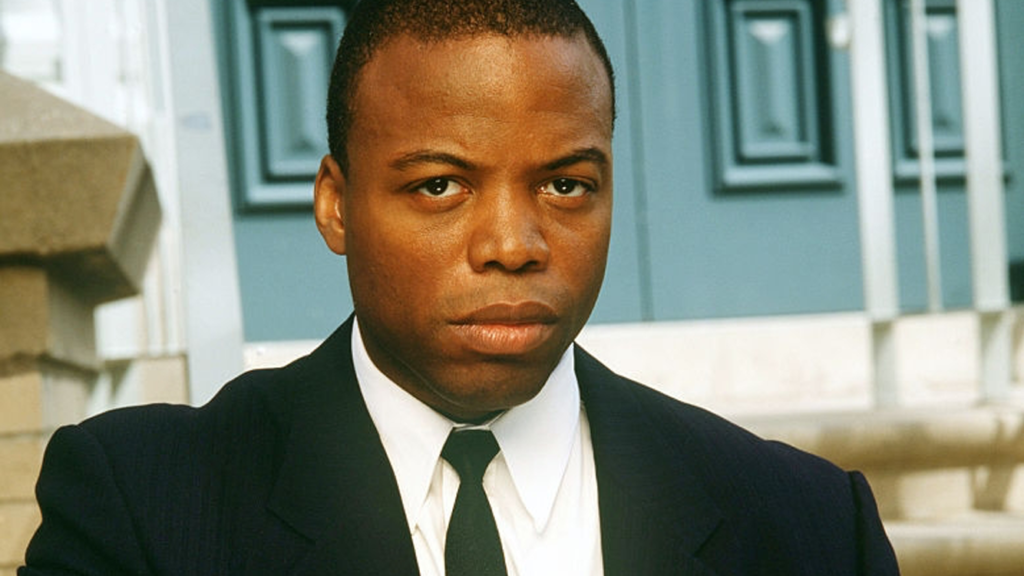 Sterling Macer Jr. is a product of the the University of San Diego/Old Globe Theatre’s professional Actor Training MFA Program. After graduating, he got his big break as a series regular on the award winning series “HOMEFRONT.” Subsequently, he co-starred in feature films such as “DRAGON: THE BRUCE LEE STORY,” “DOUBLE TAKE,” and “WICKED,” as well as winning series regular and recurring roles in several television shows such as THE CLIENT, HARTS OF THE WEST, THE BEAST, LINCOLN HEIGHTS, BONES, HOUSE OF LIES and many others, as well as playing a variety of roles on some of the country’s most prominent stages. Sterling wrote, produced and directed the feature film “PARK DAY,” starring Hill Harper and Sydney Tamiia Poitier. “Park Day” received the “Audience Award” at the Urban World film festival in New York, at the time the largest African American film festival in the world. Sterling was named an IFP Gordon Parks Director award finalist. Currently, Sterling is developing several projects with acclaimed producer David Permut, producing the indie feature, “BAB,” and promoting his latest directing project, “DOUBLE DOWN.” He also continues to act. Throughout his career, Sterling has sought a healthy balance between writer, director and actor, excited to constantly hone his craft in all three. 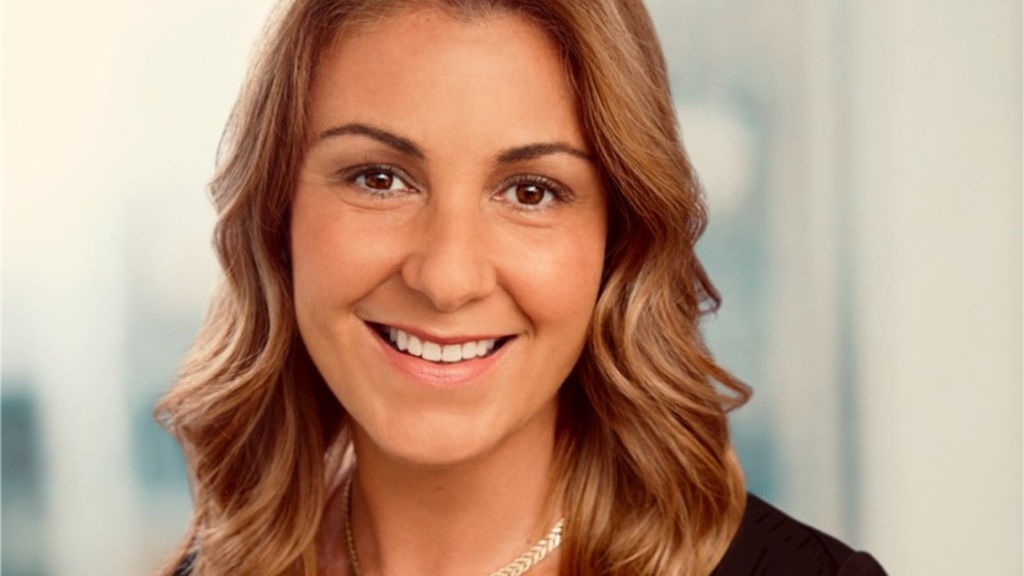 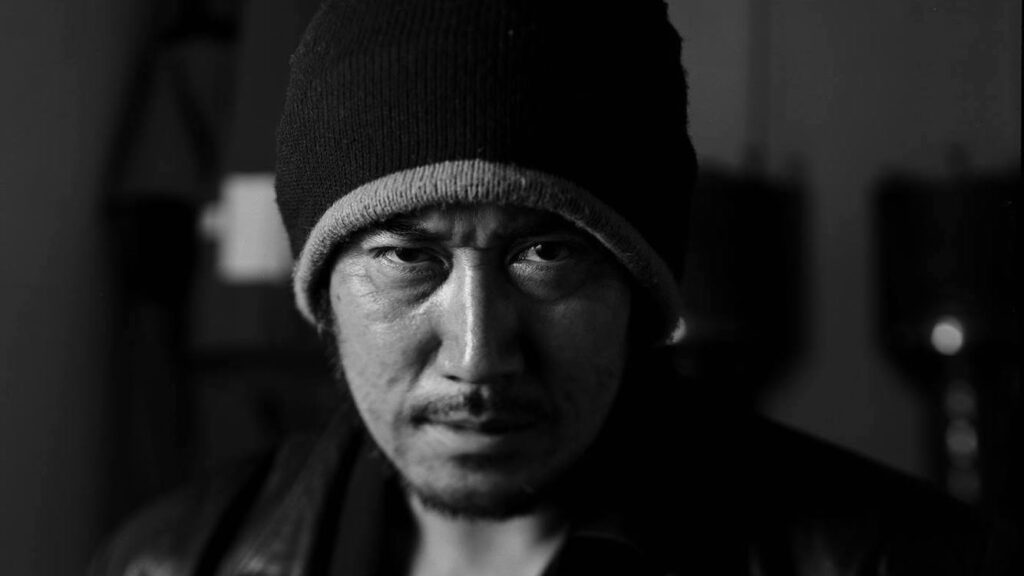 Nobuaki Shimamoto (or Shimmy as Australia affectionately likes to call him) was born in Toyko, Japan. He left his family when he was 15 years old, being a homeless person for a few months, but turned his luck around when he met a restaurant owner who offered him employment and board. From that point on, he learned the true value of pragmatism and unbridled optimism. Shortly after Nobuaki moved to Australia in 2003, he met some amateur filmmakers that sparked his new career path as an actor in the film industry. Although Nobuaki was only a casual actor in Sydney, he procured a lot of extras work for “The Wolverine” (2012). Counting his first experience on a major Hollywood blockbuster, he felt very lucky to be on set alongside director James Mangold and Hugh Jackman. Since then He started working on multiple productions like TV series “A Place to Call Home” with Ian Barry (2012), “Atomic Kingdom” (2013-2014) with Jimikpop Pictures, Nathan Colquhoun “Abandoned” (2014) , Mel Gibson “Hacksaw Ridge”(2017), Ruby Challenger “ Daily Bread” (2018) just to name a few.  Then in 2019, Nobuaki permanently moved to U.S and met multiple great productions such as TV pilot “Primitive” Paradise City Entertainment, A feature film “ Beckman” Pureflix / Universal Pictures, A Noir Film “Devil in a Dress” New Zealand Son Films, Amazon Prime video etc…  His Journey will keep continuing until his dream comes true…  Nobuaki had been training in the use of Japanese traditional weapons such as Battou Jutsu for a long time. 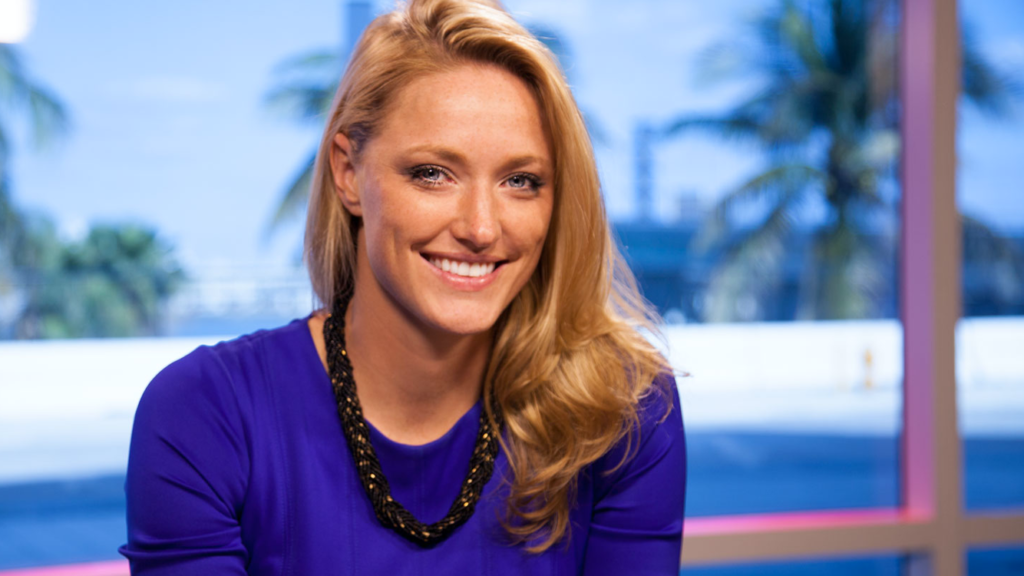 Aubrey Aden-Buie is an Emmy-nominated documentary filmmaker based in LA, and the co-founder of Studio IX, a nonprofit organization working to level the playing field for womxn in film. She specializes in short form storytelling with a focus on social justice and equality and is dedicated to fighting for a more inclusive future of storytellers and stories told.  She was part of the team that conceived of and built Glassbreaker Films in partnership with The Center for Investigative Reporting. As the director of GBF for two years, she has overseen the production of over 40 short films. Her team has been nominated for a national News and Documentary Emmy Award, has won an Edward R. Murrow Award and a Gracie Award, and has received multiple Vimeo Staff Picks, three Atlantic Selects, and publication on the NYT Op-Docs, and in film festivals all over the world. 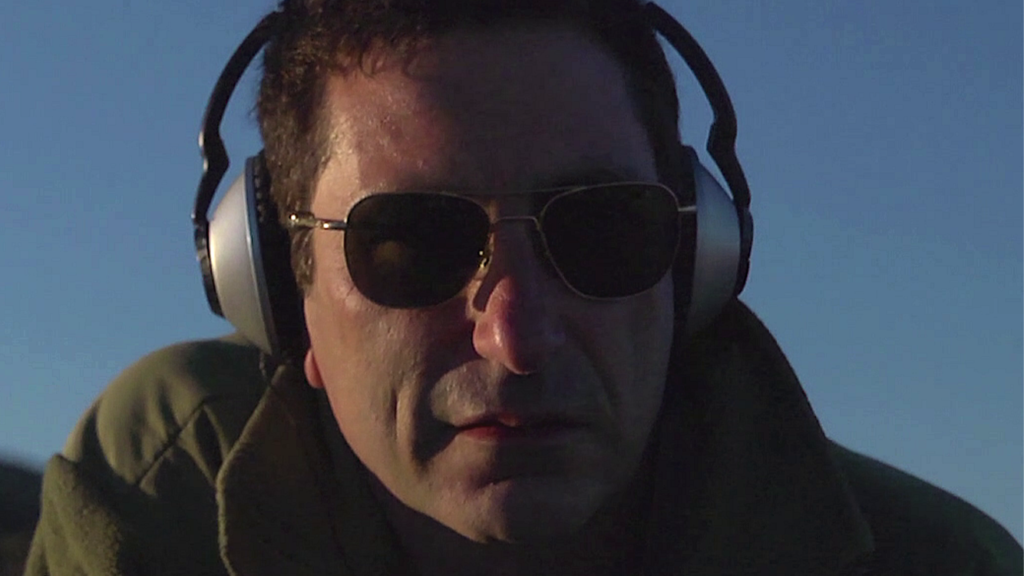 Jonathan Berman A  film producer, director, and writer, Jonathan Berman is a Professor of Art, Media, and Design at Cal State San Marcos. He is known for his feature documentaries which explore subculture and identity, challenging how alternative people, groups and ideas are represented in media.

His film Calling All Earthlings (2018) examines California desert counterculture from the 1950’s to today. Commune (2006) explores a legendary 1960’s commune who discover that the path to utopia is fraught with struggle. My Friend Paul (1999), looks at the uneasy intersection of mental illness, crime, and friendship. His first film, The Shvitz (1994), is an affectionate portrait of the last American steambaths.

Berman’s work has played at festivals including  Munich, Jerusalem, Karlovy Vary, SXSW, and Slamdance; at theaters in the US and abroad; and on the BBC, Sundance Channel, Showtime, Netflix, Planete, and. He is currently working on a documentary history of the future. 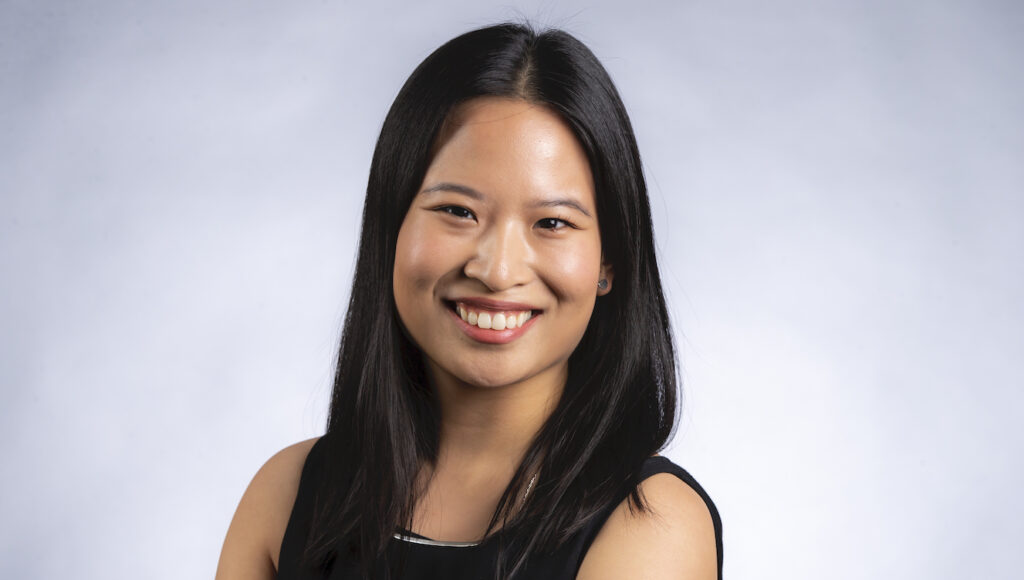 Corinne Chin is a Senior Video Journalist at The Seattle Times and the founder and leader of the newsroom’s Diversity & Inclusion Task Force. As a storyteller, she amplifies underrepresented voices through innovative online video projects like Beyond the Border, a series of visual stories exploring immigration and deportation supported by the International Women’s Media Foundation and the Pulitzer Center on Crisis Reporting; and Under Our Skin, an interactive documentary exploring the words we use – and misuse – to talk about race in America. Her work has been recognized by the Online News Association, Radio Television Digital News Association (National Edward R. Murrow Awards), NPPA Best of Photojournalism, Pictures of the Year International and more. Corinne is a graduate of the Poynter Leadership Academy for Women, the Poynter-NABJ Leadership Academy for Diversity, the ASNE Emerging Leaders Institute and the Medill School of Journalism at Northwestern University (MSJ and BSJ). She is a co-director of the Asian American Journalists Association’s affinity group Women and Non-Binary Voices, and she is a past president of AAJA Seattle, which you can join for dim sum (via Zoom) on the first Saturday of every month. 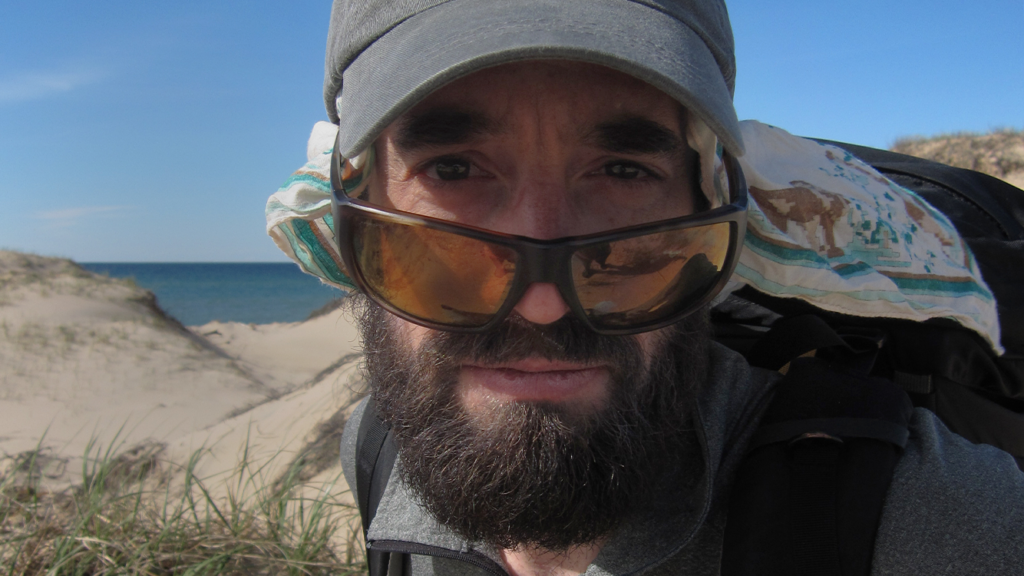 Brian Kaufman is Executive Video Producer at the Detroit Free Press, where he bridges the gap between traditional video journalism and documentary film. Kaufman’s work spans a broad range, from news-driven shorts to feature films on social and environmental issues. The National Academy of Television Arts & Sciences has awarded Kaufman three Emmy awards and nominated him in the craft category of Nature and Wildlife Cinematography.

Kaufman’s career began at the Naples Daily News in Florida, where he helped launch the first newspaper-based television newscast in the country. Since joining the Detroit Free Press, Kaufman has been instrumental in facilitating the education of video journalism to other newspaper photographers and reporters, and he teaches video storytelling annually at the Maine Media Workshops. His free time is best spent … outdoors. 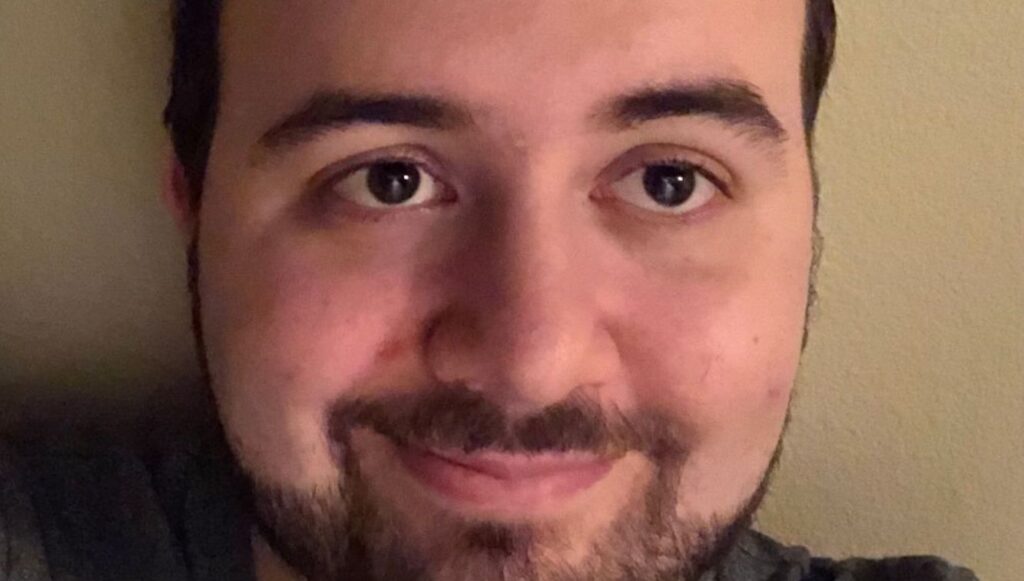 From the time Jeff was little, he loved movies. Feeling it was one of the best ways to tell stories, he got into filmmaking in high school. After seeing classmates making funny home videos with their friends, he decided to follow suit. From there, he developed a taste for filmmaking and decided to pursue it as a college study. With his first passion being art, Jeff is currently a double-major in film and digital design, setting himself up to expand his options as a filmmaker. He’s experimented and worked with many talented people while at Penn State University, to tell all kinds of stories and looks forward to meeting more people and telling more stories in the future. 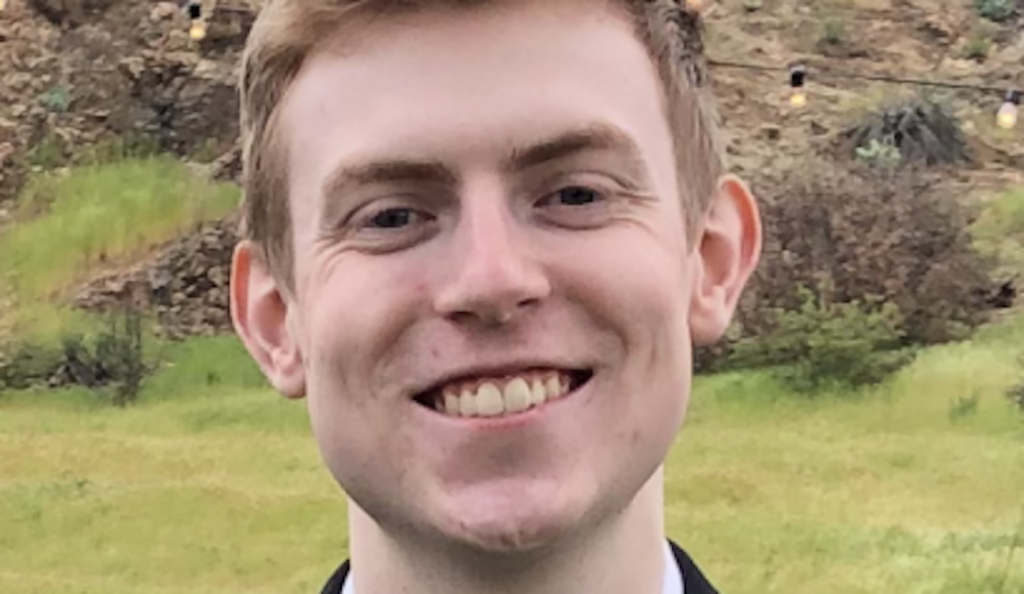 Wyatt Bumbarger is a senior at the Pennsylvania State University double-majoring in Film-Video & Corporate Innovation and Entrepreneurship. 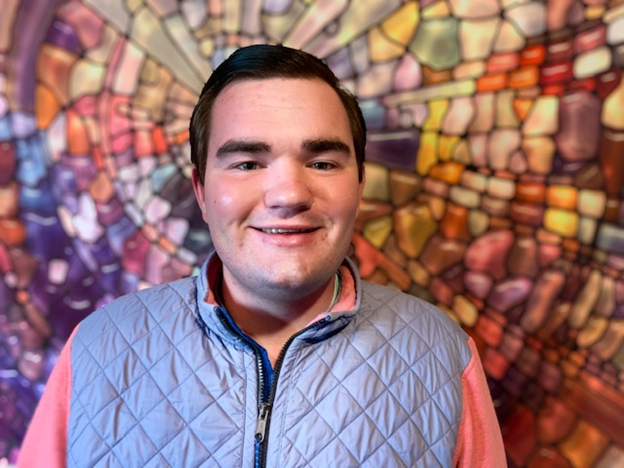 Timothy Hopkins is a senior in Film and Video Production at Penn State University. Originally from Dunmore, PA, he has an interest in documentary production, specializes in sound and cinematography, and has a passion for film history. 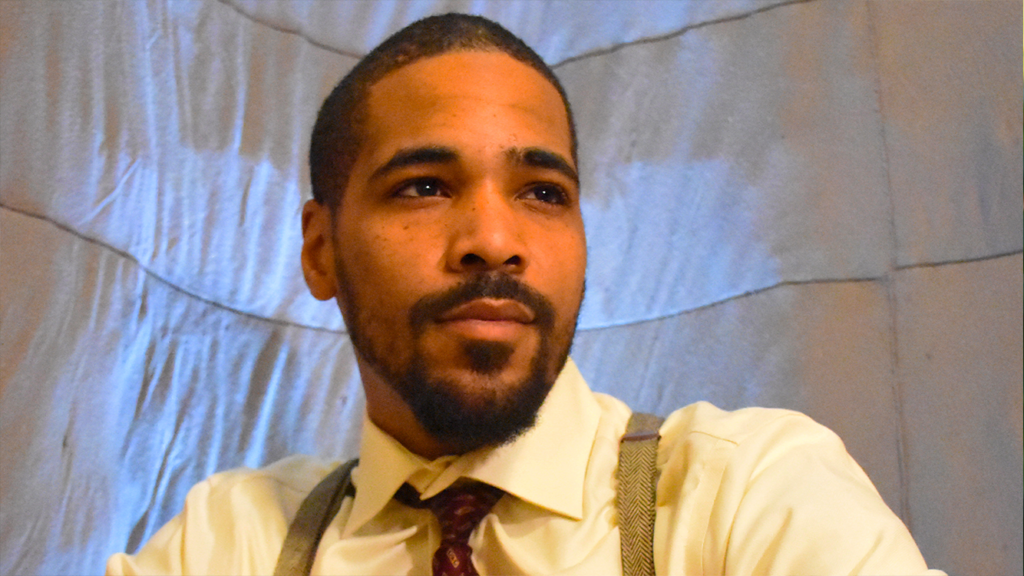 Odis is a student filmmaker from Philadelphia. He loves all parts of production, but his heart is in screenwriting. He loves the outdoors, white water rafting, and shooting for the stars. Johnson aspires to have his own commercial and theatrical production company one day. 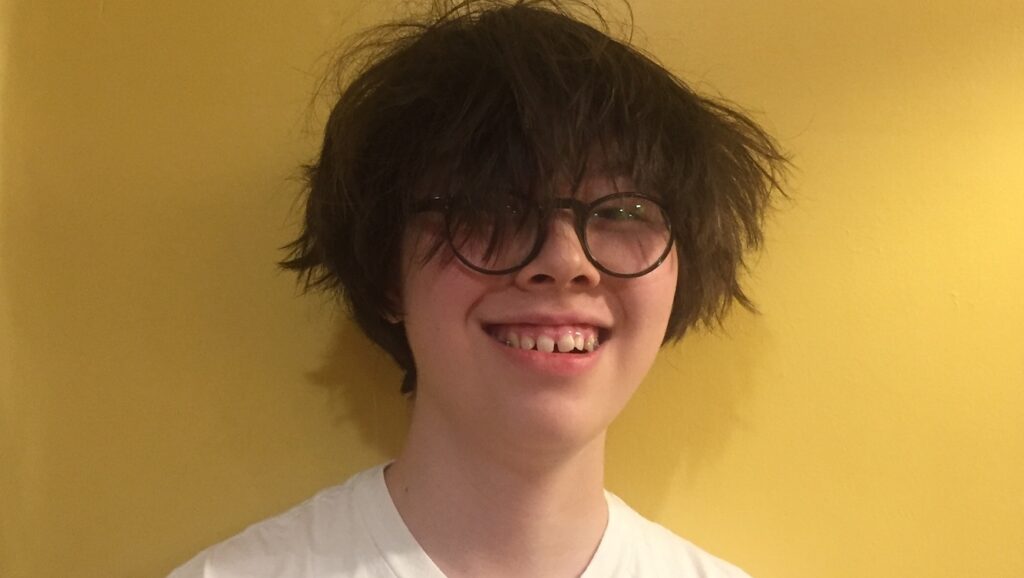 Frank Liu is a junior at State High currently in the process of starting the school’s first film club! He is passionate about writing and directing, having produced several short films with fellow students. Skills acquired from other creative ventures, namely playwriting and classical piano, highly influence his own filmmaking. 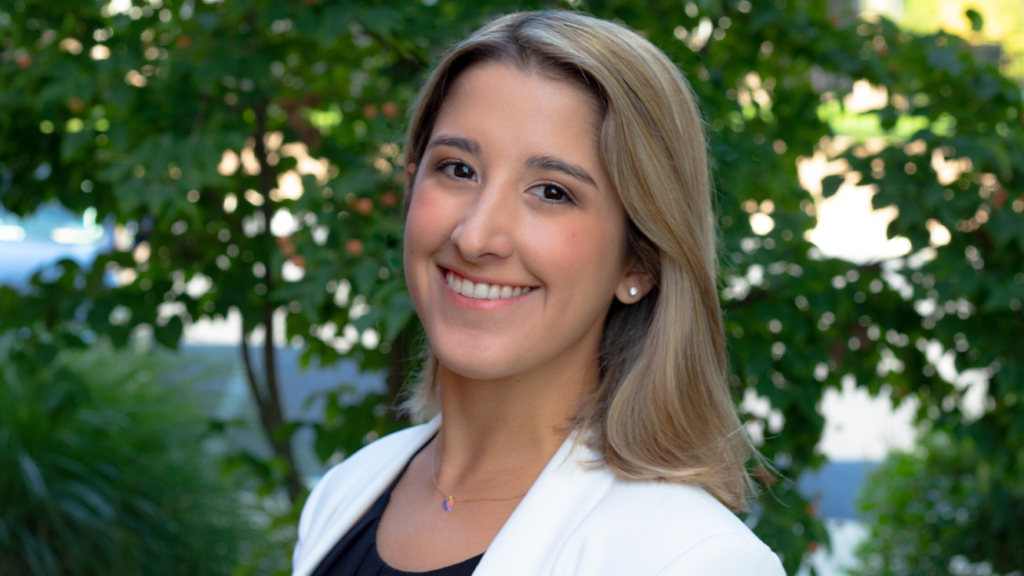 Natalie Ruiz is a senior with dual degrees in Film Production and Biology at Penn State University. As a Puerto Rican woman and filmmaker, she strives to promote diversity and scientific knowledge through documentary filmmaking.